Gerard Butler has revealed his love for Indian cinema. In an interview with India Today, he recalled hanging out with Shah Rukh Khan and meeting Priyanka Chopra Jonas. 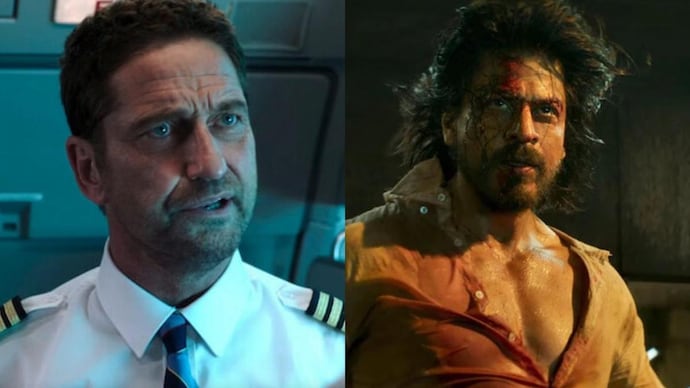 By Tushar Joshi: Gerard Butler appears as an action avatar in the latest film, Plane. He’s known for his diverse roles, and in an exclusive chat with India Today, the star opened up about meeting Shah Rukh Khan and Priyanka Chopra, who once said that SRK took steps in Bollywood. I shared the method you taught me. He also recalled that Priyanka helped him during a visit to India around the time Slumdog Millionaire was released.

Gerald talks about his love for Indian cinema

Gerald talks about his favorite Bollywood movies: He wanted to marry an Indian woman. I was like, ‘Okay, this is it. I want to have this seven-day wedding.

Also read | Shah Rukh Khan reenacts the pattern dialogue at the opening ceremony of the ILT20 league in Dubai.clock

He then shared the impact Bollywood films had on him. They are getting better and better. “I’ve actually traveled once and I’m friends with Priyanka Chopra.” was filming a movie and we stayed in the same hotel.I was there with seven friends and we went out onto the balcony and watched them dance.

He then revealed: And he taught me how to do an Indian dance.

When asked if we could see him in a Bollywood movie any time soon, Gerard said, I often say that India is my favorite place in the world. India and Iceland. And Iceland, it’s mostly because the earth has such power. But in India, it’s the people, the spirituality and frequency of the people here. I have been in the craziest situations but everyone is smiling and their dedication is amazing. ”

“I remember when we went there around the time of Slumdog Millionaire. I actually met with the movie kids and Priyanka organized this lunch. I would love to do an Indian film but it never happened, I didn’t get any offers so here I am putting myself out there I will work for the food of India.”

Meanwhile, Lionsgate has partnered with PVR Pictures to release Plane in Indian theaters on January 13th.