Television presenter and music director James Vasanthan, known for his work on “Subramanyapuram”, came up with the post on his official Facebook handle, giving actor Vijay a glimpse of “Valis” before giving his ” I advised them to be careful with their “looks” and “appearances.” Audio launch aired on Sunday. James said he has legions of fans following his every move and asked him to be mindful of how he presents himself on such a big stage.

James said he happened to catch a glimpse of actor Vijay while the audio launch show was being aired on television. “As soon as I saw him, I was a little confused by his looks,” said James Vasanthan.

“I wondered if Vijay could have combed his hair, trimmed his beard and put on an appropriate dress to match the grandeur of the event. Fans may argue, simplicity and appropriateness are two different things. 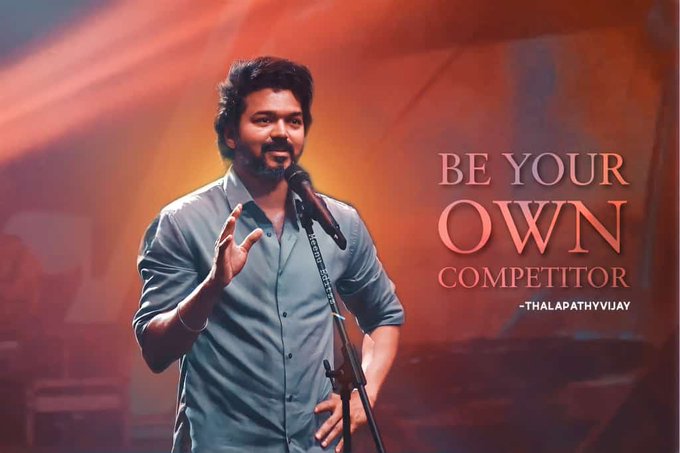 Additionally, James said people wear certain clothes to participate in face-to-face interviews because there are standards of looks everywhere. He should teach his followers such things without using words,” said the musician.

“Cinema and cricket have become oxygen in this country. A celebrity who belongs to those fields has some responsibilities, like it or not, he/she has a few responsibilities. Where else would you go to learn??” he asked.

“Compete with yourself. Only that will make you better… be your own competition” 😎❤️‍🔥

“It’s understandable that you wear all sorts of fancy clothes in the movies and want to keep it this way in real life. I’m watching,” he added.

“Hollywood, Bollywood, and even Tollywood celebrities in the film industry are careless in this particular aspect. People know that stars are rich. fans will be happy,” his note read.

“Be mindful of your appearance at this type of event and wear whatever you like during the holidays. Educate your ardent fans about these aspects through your actions. 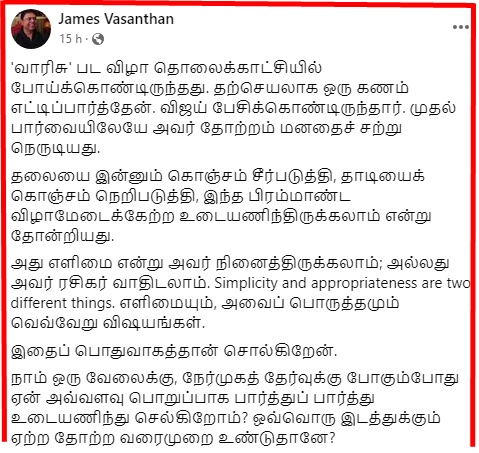 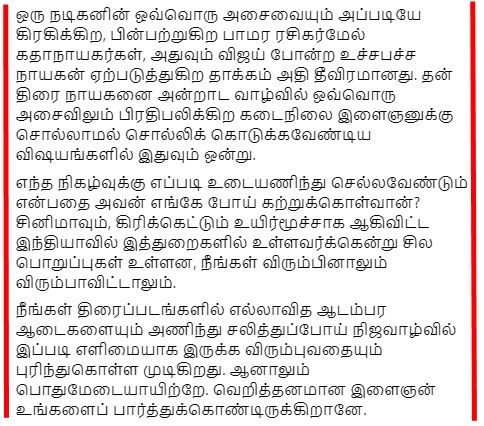 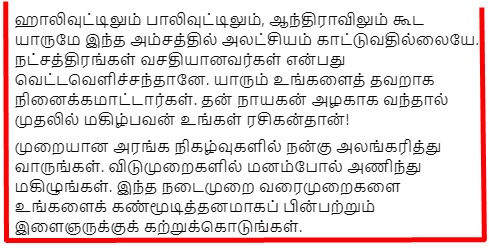 ‘Varisu’ hits the screens in honor of the Pongal festival and is expected to clash with Ajith kumar star ‘Tunivu’. Directed by Vamsi Paidipally, the film features Rashmika Mandanna, Sarathkumar and Prakash Raj in supporting roles, with music composed by Thaman. Fans can’t wait to see the movie on the big screen.