Damien Chazelle’s dark Hollywood epic Babylon has finally graced UK cinemas, bringing with it a salacious, surprising and – at times – deeply sad story of the early days of the US film industry, starring Margot Robbie and Brad Pitt.

Babylon specifically covers from 1926 to 1932, which spans a turbulent and traumatic change for Tinseltown with the transition from silent pictures to sound – or ‘talkies’.

Charting the rise of a wannabee starlet (Robbie), the fall of a popular leading man (Pitt) and the career of an aspiring producer (Diego Calva), Chazelle has also stuffed the ranks of Babylon with real-life Hollywood figures and characters inspired by them.

The writer-director spent 15 years researching the period before he even wrote the first draft of the script, and that knowledge and passion is evident in every frame of the film.

There’s also plenty of gossip and urban legend about the uproarious days of 1920s Hollywood that’s influenced Babylon, from before movies and stars had to abide by the moral guidelines of the Hays Code, which was in place between 1934 and 1968 and tightly controlled what could be shown onscreen.

But what’s fact, fiction and gossip in the new film – and what’s a combination?

The opening party scandal for Orville Pickwick: Fact, and gossip

Orville Pickwick (Troy Metcalf), a large man, is seen having his specific sexual fetish met thanks to an obliging female partner as they indulge in the party atmosphere, only for the young actress to later overdose and cause a headache for fixers of the Hollywood producer who’s hosting the party to cover up.

This is a clear reference to the scandal that finished Roscoe ‘Fatty’ Arbuckle’s career in 1921, after a party the hugely popular comic actor attended ended with guest and aspiring actress Virginia Rappe falling seriously unwell.

In his infamous and often misleading 1959 ‘exposé’ of the industry and its secrets, Hollywood Babylon, Kenneth Anger played up on the gossip surrounding this case, with further unfounded graphic detail.

Despite being tried three times for rape and manslaughter, and eventually acquitted, the scandal overshadowed his legacy and finished his career.

On a lighter note, Babylon introduces the character of Lady Fay Zhu (Li Jun Li) in dramatic style, with the performer entertaining her fellow party guests with a shocking song.

Dressed in a tuxedo and top hat, pushing the boundaries of gendered dressing like the fabulously stylish Marlene Dietrich, Lady Fay gives a sensual but lively performance of the song My Girl’s Pussy.

The innuendo is clear, but what is perhaps most surprising is that this was, indeed, a real 1931 song – Megan Thee Stallion and WAP, eat your heart out.

My Girl’s Pussy was originally recorded by British bandleader and clarinettist Harry Roy and His Bat Club Boys.

Roy was known for performing songs with suggestive lyrics, another of which was She Had to Go and Lose It at the Astor.

Talkies ruined the careers of stars like Nellie LaRoy and Jack Conrad: Fiction, and fact

Two of the main characters in Babylon, Nellie LaRoy (Robbie) and Jack Conrad (Pitt) are fictious but influenced by real-life actors.

Both are seen struggling with the advent of talkies, as Nellie battles to lose her thick New Jersey accent and Jack seemingly has difficulty landing a good script and dialogue.

Too many modern viewers, it might seem strange that incorporating speaking into acting roles on the screen could cause such issues, but many of the problems depicted in Babylon really did happen as Hollywood tried to incorporate the new technology.

Nellie is based on ‘It Girl’ Clara Bow, while Jack is a take on successful silent leading man John Gilbert, who was also known as ‘the Great Lover’.

While it is absolutely true that many actors’ careers were derailed by talkies, Bow’s was not one of them, with the vivacious party animal making a successful transition in reality before deciding to retire from acting to become a rancher in 1933, following her marriage.

However, her clunky ‘Pierre’ scenes as she struggles to speak properly pay homage to that other famous film about Hollywood swapping over to sound, Singin’ in the Rain, and its fictitious star Lina Lamont (played by the hilarious Jean Hagen).

Jack is also seen in a real scene from a film of John Gilbert’s – 1929’s His Glorious Night, the star’s first released ‘talkie’ – awkwardly repeating ‘I love you’ over and over again to his leading lady, to derisive laughs from the cinema audience.

Although it’s not necessarily true that this film finished off Gilbert’s career, this same sequence pops up in Singin’ in the Rain too, and the implied growing disinterest in him from the studio – as with Jack – did start to kill his career.

The pair also indulge in a similar fondness for alcohol.

The film that began the sound revolution in cinema really was Warner Bros Pictures’ The Jazz Singer, starring Al Jolson.

It was the first feature-length movie to boast both a synchronised recorded musical score and lip-synced singing and speech.

After his first song, Jolson utters the words that have gone down in cinema history – as shown in Babylon – “Wait a minute, wait a minute, you ain’t heard nothin’ yet.”

It won the studio an honorary Academy Award and publications present at the New York premiere on October 6, 1927, did report a reaction of the magnitude suggested by Babylon.

‘Not since the first presentation of Vitaphone features, more than a year ago [i.e., Don Juan], has anything like the ovation been heard in a motion-picture theatre,’ commented New York Times critic Mordaunt Hall.

It only took until mid-1929 for Hollywood to be producing sound films virtually exclusively, so quick did the trend catch on.

Although Ruth Adler is not a real Hollywood director, female directors were not such a rare beast in 1920s Hollywood and abroad, with one of the most successful among them being Dorothy Arzner.

A large part of the inspiration for Ruth (played by actress and one of the film’s producers, Olivia Hamilton) came from Arzner, who was known for her more masculine style of dress.

Arzner directed 20 films between 1927 and 1943, including Christopher Strong in 1933 with Katharine Hepburn and The Wild Party in 1929, which was Clara Bow’s first talkie.

It also bears a striking resemblance to the film Ruth and Nellie struggle to shoot with sound, being distracted by all sorts of issues among the team during multiple takes – from non-rubber-soled shoes to ticking watches – before tensions come to a ridiculous head.

Lois Weber was another female director of the era, who is reported to have directed as many as 135 films.

She was also the first American female director to found her own movie studio when she started Lois Weber Productions in 1917.

The singer of that cheeky cat-themed number earlier, Lady Fay, is very clearly based on real pioneering Asian American actress and Hollywood star, Anna May Wong.

Just like Lady Fay’s family, Wong’s owned a laundry business in Los Angeles, where she was born to them in 1905.

She starred in over 60 movies, with her most celebrated including 1932’s Shanghai Express, opposite Marlene Dietrich (whose outfit Lady Fay seemingly borrowed), Daughter of the Dragon, A Study in Scarlet and Daughter of Shanghai.

Unfortunately, as hinted at by Lady Fay’s lack of success in securing many high-profile roles – which she juggles by writing title cards – in real life Wong also suffered due to Hollywood’s racist attitude meaning she was barred from romantic lead roles, as actors from different races were not allowed to kiss each other on screen.

Wong did also up sticks and leave for Europe – but earlier, in 1928 – over a frustration at a lack of parts, before being enticed back to the US by the lure of leading roles and main billing.

She was ultimately let down by Hollywood again when they refused to consider her for the part of heroine O-lan in MGM’s film adaptation of The Good Earth, about family life in a Chinese village.

The role went to white actress Luise Rainer, who wore yellowface and then won best actress at the Oscars.

However, it’s no secret that mobsters often forged links with Hollywood such as was the case with Bugsy Siegel, who was reportedly known to associate with the likes of Clark Gable, Gary Cooper and Cary Grant.

The terrifying gambling debt Nellie finds herself in though with McKay, was based on a real-life incident with Clara Bow and research Chazelle did into Cal-Neva, an area between the border of California and Nevada that became a hub for gambling in the 1930s after Los Angeles outlawed the practice.

Thalberg is the most prominent character to be based on and named after a real-life figure and is played by The Handmaid’s Tale star Max Minghella.

The young studio executive became of one MGM’s greatest power players, being made head of production at the studio aged just 26 in 1925, which earned him the nickname ‘Boy Wonder’.

He helped the studio become the most successful in Hollywood, overseeing production on movies like Grand Hotel, the Marx Brothers in A Night at the Opera and Greta Garbo in Camille for studio head Louis B Mayer.

During his 12 years at MGM, he helped produce 400 films and to create and cultivate stars like Jean Harlow and Clark Gable, and even marrying one when he tied the knot with actress Norma Shearer.

Tragically, he died aged just 37, and the Academy has given out the Irving G Thalberg Memorial Award to producers with exceptional bodies of work periodically since the year after his death.

Babylon is in cinemas now.

If you’ve got a celebrity story, video or pictures get in touch with the Metro.co.uk entertainment team by emailing us celebtips@metro.co.uk, calling 020 3615 2145 or by visiting our Submit Stuff page – we’d love to hear from you.


MORE : How Babylon star Diego Calva was inspired by Al Pacino in his award-nominated performance 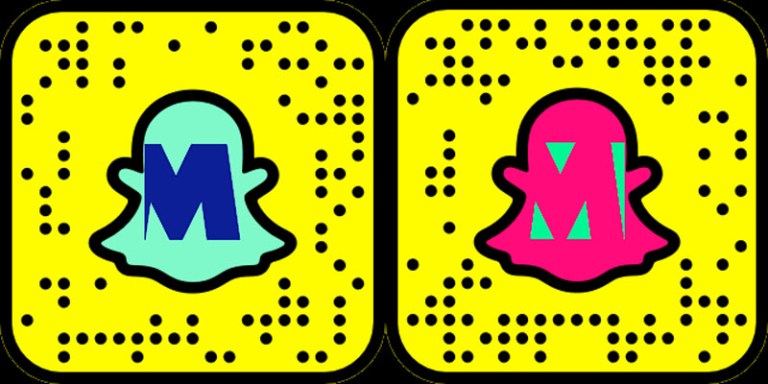 You can follow our new Snapchat show Pop Cultur’d, the go-to place for all things pop culture.

Keep up with the latest Showbiz exclusives by following Metro Showbiz on Snapchat.

And football fans can indulge in all the transfer gossip and more on Metro Football on Snapchat.